Zoomin’ in on Elyse Cherry ’83 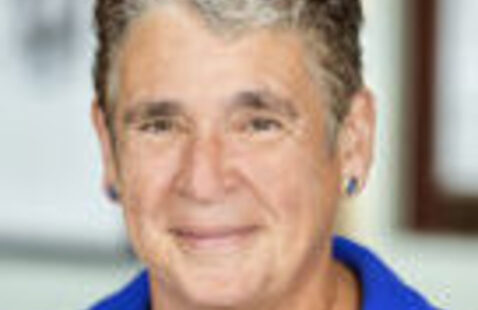 Elyse Cherry
Since 1997, Elyse Cherry has served as the CEO of BlueHub Capital, a national nonprofit community finance organization with a 35-year history of building healthy communities where low-income people live and work. Under Cherry’s leadership, BlueHub has invested over $2.2 billion, leveraged an additional $10 billion, and built a national tax credit practice to: finance affordable housing, health centers, schools, and other community facilities; provide foreclosure relief through the creation of a mortgage lender aimed at stabilizing urban neighborhoods; create jobs; benchmark and drive down energy and utility costs; and promote resiliency.

Cherry is a former partner at the law firm of Hale and Dorr (now WilmerHale) where her national transactional practice focused on multi-family and commercial real estate finance and development, affordable housing, and open space preservation.

An active civic and business leader, Cherry is a member of the Wellesley College Board of Trustees, the Board of Advisors of Eastern Bank, and Chair of the Board of the Forsyth Institute. She is also on the Board of Directors of The Boston Foundation, where she co-chairs the Advisory Committee for The Equality Fund -- a fund supporting greater Boston nonprofits that strengthen the LGBTQ community.

Cherry has been named one of 50 most influential Bostonians by the Boston Business Journal, one of the Top 100 LGBT Executives in the world by the Financial Times and OUTstanding, and one of 21 Leaders for the 21st Century by Women’s eNews.  In 2014, The White House named Cherry a Solar Champion of Change. She received Wellesley’s Alumnae Achievement Award in 2017, and she received the Susan M. Love Award from Fenway Health in 2014. For the past seven years, The Boston Globe and The Commonwealth Institute have included BlueHub Capital as one of the Top 100 Women-Led Businesses in Massachusetts.

Cherry is a frequent speaker and panelist at national gatherings, and has been cited and published in The New York Times, The Washington Post, The Los Angeles Times, The Philadelphia Inquirer, and The Boston Globe, among others. She has been featured on CBS Evening News, NPR’s Marketplace, PBS NewsHour and MSNBC’s All In with Chris Hayes.

Cherry is a former or present member of more than a dozen privately held company boards, including Zipcar. She chaired the Massachusetts Cultural Council, served on Massachusetts Governor Deval Patrick’s statewide transition team and was a member of Governor Patrick’s Foreclosure Impacts Task Force. Cherry also chaired the Board of Mass Equality during that organization’s historic fight for marriage equality.

Cherry, an attorney, graduated from Wellesley College and Northeastern University School of Law.