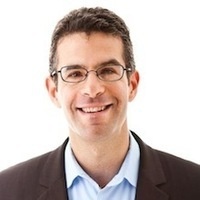 Followed by wine and cheese reception.

About Wrongful Convictions and the DNA Revolution: Twenty-Five Years of Freeing the Innocent
This edited volume contains essays from more than a dozen of the country’s preeminent scholars in the field of wrongful convictions, along with a foreword by Barry Scheck and Peter Neufeld, the co-founders and longtime co-directors of the Innocence Project in New York City. The book has its genesis in a conference that Professor Medwed organized at the School of Law in September 2015.

The book homes in on two critical questions. First, what have we learned about the flaws in the criminal justice system since DNA technology was first used—in 1989—to free innocent prisoners? Second, given what we now know, how can we install reforms to make our criminal justice process more accurate?

The School of Law is well-represented in the collection. Along with Professor Medwed, contributors include Professors Margaret Burnham, Stephanie Hartung and Michael Meltsner.