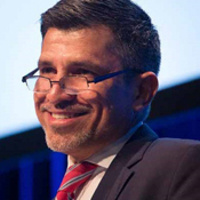 In 2018. Victor Madrigal-Borloz was appointed by the UN Human Rights Council as the UN's first Independent Expert on Sexual Orientation and Gender Identity.  In his role as Independent Expert, Madrigal-Borloz is pursuing two overarching objectives: 1) heightening awareness of the violence and discrimination people experience due to sexual orientation and gender identity; and 2) identifying measures that states may undertake to eradicate such violence and discrimination.  Until recently, Madrigal-Borloz was secretary-general of the International Rehabilitation Council for Torture Victims (ICRT) and a member of the UN Subcommittee on the Prevention of Torture. In the latter role, he oversaw a draft policy on the torture and ill-treatment of LGBT persons.

Lunch will be served.