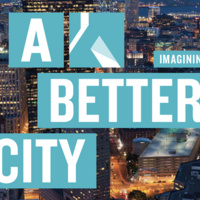 Streets are the most omnipresent but underutilized component of our public realm. With the goals of leveraging their placemaking potential and empowering local communities in the process, A Better City and the City of Boston partnered to produce Boston’s Tactical Public Realm Guidelines. Irene Figueroa Ortiz, AICP will describe how her team helped to incorporate tactical urbanism to urban governance and traditional planning practices in Boston.

Irene Figueroa-Ortiz, AICP is an urban planner and designer with more than three years of experience in public realm design, planning, and policy.  She serves as Assistant Planning Director at A Better City, where she manages various public space initiatives in partnership with the City of Boston and the business community. Her most prominent projects include managing the Public Realm Plan for Go Boston 2030 and coordinating the creation of Boston’s first Tactical Public Realm Guidelines for the City of Boston.

Irene is also part of the Enterprise Rose Architectural Fellowship, a national network of public interest designers promoting inclusion and equity in community development. In 2015, she earned a dual master’s degree in architecture and urban planning with Distinction from Harvard University Graduate School of Design.