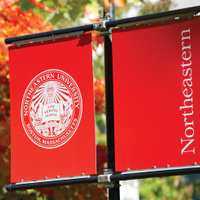 Dear MSCY students,Are you eager to learn first-hand working experiences from MSCY alumnus and network with them? Don't miss the 2018 Fall MSCY Student - Alumni Roundtable event!The event will be comprised of a panel discussion and networking time. It is a great chance to meet alumnus, learn about their experiences and tips in interviews, Co-op and career, and ask your questions! Event Timing: 6:00pm-8:00pm on October 26, 2018Event Address: 366WVH, Northeastern UniversityCasual Attire. Snacks will be available during fun networking time. Please register at the following link to confirm your attendance and save your spot before October 22, 2018.Register Now I am pleased to have four outstanding alumnus joining us this time, who are Yoanna Rangelova, Ally Hoffman, Guhan K and Rishabh Jain.Yoanna RangelovaIT Audit AnalystYoanna Rangelova is an IT Audit Analyst II at Fidelity Investment. Her responsibilities include risk and vulnerability assessments, practicing agile, audit work, reporting and issuing documentation, engaging stakeholders, reviewing application and infrastructure security controls and Cloud security assessments. Yoanna studied in the MSCY program between Fall 2015 and Fall 2017. She had a Co-op and an internship experience at Fidelity Investment and worked as an IT Service Desk analyst and supervisor on campus. Prior to entering the MSCY program, she studied business informatics with specialization in business intelligence and worked as a database developer at Computer Sciences Corporation in Bulgaria for two years. Ally HoffmanIT Risk AdvisoryAlly Hoffman is working as a senior IT risk advisor at Ernst & Young. She manages large-scale penetration testing engagements, performs information security assessment against security regulations and leads assessment to identify control coverage for SOC2 reports. Ally studied in the MSCY program from 2016 to 2017. She holds a bachelor’s degree in business administration from Boston University. Guhan KCloud Security EngineerGuhan K is a cloud security engineer at BitSight Technologies. His daily tasks include maintaining AWS cloud infrastructure security and container security in Kubernetes. Guhan entered the MSCY program in Fall 2016 and graduated in Spring 2018. He worked at Fidelity as an IT audit analyst during Co-op. Before his graduate program, he studied computer engineering and worked as a software engineer in India for one year. Rishabh JainSecurity ConsultantRishabh Jain is working as a security consultant at Synopsys. His main responsibility is helping secure clients’ environments in every way possible, but he mostly works on penetration testing and code reviews. Rishabh entered the MSCY program in Spring 2016 and graduated in Spring 2018. He has two internship experiences before graduation. He interned at American Student Assistance as a security engineer and at Synopsys as a software security intern. Rishabh earned a bachelor’s degree in computer science and worked as a Java developer in India before his graduate study. See you there!