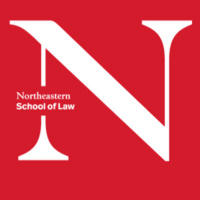 Before being voted in as president by her Senate colleagues in 2018, she served as the Chair of the Massachusetts Senate Committee on Ways & Means beginning in January 2015.  Prior to that, she served as the Senate Majority Whip (2013-2015), Assistant Majority Whip (2012-2013), Chair of the Joint Committee on Economic Development and Emerging Technologies (2009-2012), and Chair of the Joint Committee on Children, Families and Persons with Disabilities (2005-2009), a committee she helped originate.  She began her legislative career as a State Representative for the Seventh Middlesex district in 2001.

Prior to becoming a legislator, Senate President Spilka was in private practice as an arbitrator and mediator, specializing in labor and employment law and community and court mediation. In addition, she has been a facilitator and fact finder in disputes in the public and private sectors, as well as a trainer of adult mediation and school-based peer mediation programs, collaborative-based collective bargaining and conflict resolution strategies. She has also previously worked as a labor and employment attorney on behalf of employees, unions, the Massachusetts Water Resources Authority (MWRA) and the Commonwealth.

Senate President Spilka is a graduate of Northeastern Law School and holds a B.S. in Social Work from Cornell University. She has been married for over thirty five years to Joel S. Loitherstein, an environmental engineer, and has one adult step-daughter two adult sons—Heather, Scott and Jake—and two rescue dogs, Lincoln and Mikasa.