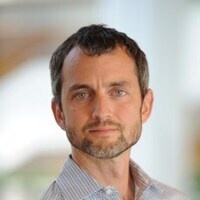 NULab: Media, Polarization, and the 2016 Election

Title: Media, Polarization, and the 2016 Election

Political divisions in America seem deeper and more intractable today than at any time in recent memory.  Many have speculated that changes in media technology, including the growth of digital news and social media platforms and the diffusion of misinformation, is an important cause.  Gentzkow will discuss recent evidence on trends in polarization among US politicians and voters, the role of digital media in driving polarization, and the role of “fake news” on Facebook prior to the 2016 election.

Matthew Gentzkow is Professor of Economics at Stanford University.  He studies empirical industrial organization and political economy, with a focus on media industries.  He received the 2014 John Bates Clark Medal, given by the American Economic Association to the American economist under the age of forty who has made the most significant contribution to economic thought and knowledge.  He is a fellow of the American Academy of Arts and Sciences and the Econometric Society, a senior fellow at the Stanford Institute for Economic Policy Research, and  a former co-editor of American Economic Journal: Applied Economics.  Other awards include the 2016 Calvó-Armengol International Prize, the Alfred P. Sloan Research Fellowship, several National Science Foundation grants for research on media, and a Faculty Excellence Award for teaching.  He was educated at Harvard University, where he earned a bachelor's degree in 1997, a master's degree in 2002, and a PhD in 2004.