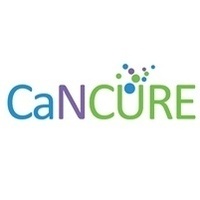 The Ebong research lab studies how the mechanical forces of blood flow affect endothelial cells, which line the blood vessels and guard them from diseases like atherosclerosis—a pre­cursor to heart attack and other serious conditions. Much of the focus is on studying the structure and function of the protective gel-like layer of sugar molecules and proteins coating the surface of the endothelial cells—called the glycocalyx—to understand, on a molecular level, how mechanobiology remodels the endothelial cells to facilitate protection from disease. This glycocalyx struc­ture gives fragile arteries the resilience they need to with­stand the rau­cous fluid envi­ron­ment coursing through them, espe­cially at the branch points where plaques are most prevalent. Glycocalyx sheds in the presence of atherosclerosis, so it is of great interest to study how gradual glycocalyx degradation initiates and/or promotes pathological remodeling that forms atherosclerotic lesions. The Ebong lab constructs in vitro systems comprising fluids and mammalian endothelial cells, to replicate both healthy and disruptive blood-flow conditions and to uncover the intricacies of the flow-glycocalyx-endothelial cell relationship. This work is combined with live animal studies to assess the validity of the findings, in real disease conditions. The long term goal is to leverage mechanobiology, endothelial cells, and the glycocalyx to develop nanomedicine-based therapies that reverse the progression of atherosclerosis.

Dr. Eno Essien Ebong earned her S.B. (1999) in Mechanical Engineering from the Massachusetts Institute of Technology in Boston, MA in 1999 and her M.Eng (2001) and Ph.D. (2006) in the area of biomechanics from the Department of Biomedical Engineering at Rensselaer Polytechnic Institute in Troy, NY. She was a National Institutes of Health Cardiovascular Research Fellow (2007 to 2012) at the Albert Einstein College of Medicine in New York, NY. Currently, Dr. Ebong is an Assistant Professor in the Departments of Chemical Engineering and Bioengineering at Northeastern University. She is a recent recipient of the prestigious NSF CAREER Award, for her “EMBRACE STEM (Endothelial MechanoBiology Research And multiCultural Education in STEM)” project. She has also been award the NIH Mentored Research Career Development Award (K01), for studying "Atheroprotective vs. Atherogenic Glycocalyx Mechanotransduction Mechanisms."