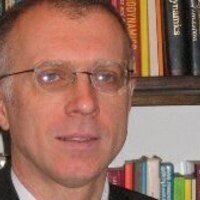 MIE Seminar Presentation by Professor Gian Paolo Beretta: A quantitative outlook at the future of energy

Abstract: In this lecture we start from:

(1) current and historical data on world energy consumption and per-capita primary energy consumption; (2) existing correlations between level of social and economic development and per-capita energy consumption; (3) historical data on thermodynamic efficiency of power production technologies; (4) a plausible scenario of demographic growth and technological developments; (5) historical data on the time required for a “new” primary source to acquire a sizable share of the market; to construct a plausible balanced scenario of primary energy consumption for the rest of the 21st century. No one has the crystal ball! So, of course, this scenario is highly hypotetical! How about meeting again, say, ten years from now and check its validity? (Well, at the beginning of the talk I will tell you a little secret... so please be there on time.) Ok, so, maybe the scenario is all wrong... but even so it is still very helpful in putting the many aspects of this complex problem in a rational perspective, and certainly allows us to grasp the right orders of magnitude. For example, from this scenario, we may estimate the energy-related CO2 emissions scenario for the rest of the century and compare it with global natural carbon exchanges and inventory to see what size of natural mechanisms mankind has to compete with to gain some control of the thermal balance of our planet. To spark up the discussion, we conclude with a short digression on “well-to-wheel” efficiencies that show how hydrogen cars and the so-called hydrogen economy everybody talked about a few years ago were false hopes and the result of bad information and propaganda.

Short Bio: Gian Paolo Beretta received his BS in nuclear engineering from the Politecnico di Milano in 1979 with a thesis on various points of view on the concept of entropy under prof. Mario Silvestri, his MSc in mechanical engineering from MIT in 1980 with a thesis on turbulent combustion under prof. James Keck, and his PhD from MIT in 1981 with a thesis on quantum thermodynamics under prof. Elias Gyftopoulos. He has been assistant professor of mechanical engineering at MIT between 1981 and 1986. He then moved to the Università di Brescia in Italy where he became full professor in 1994. In his 30 years of academic experience he supervised over 50 graduate students, published over 100 papers in international journals and proceedings of international conferences, and taught thermodynamics, heat transfer, and fluid mechanics at both graduate and undergraduate level. He coauthored with Elias Gyftopoulos an authoritative reference textbook on the rigorous foundations of thermodynamics and its engineering applications (1991 Macmillan) that in 2005 has been inserted in the Dover publications collection. Member of the ASME since 1986, he has been elected Fellow since 2006, and Life member since 2011 together with Calvin W. Rice Award. Since 2008 he served as italian member of the Selection Committee of the Prigogine Prize on thermodynamics.