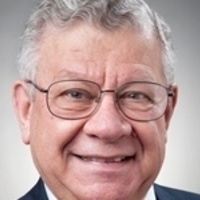 Abstract: Chemistry and the work of chemical scientists have contributed greatly to human progress. Yet, today humanity faces many daunting challenges, including population growth, finite resources, malnutrition, spreading disease, deadly violence, war, climate change, and the denial of basic human rights, especially the right to benefit from scientific and technological progress. Chemical scientists can and should address these challenges to Earth and its people, but they can do this only if they are well prepared. For more than half a century, steady financial support for research and education in the chemical sciences has given the United States distinguished graduate programs that attract talent from around the world. But are the current practices of training the next generation of scientists still working ¬ for students and for society? In this talk I shall findings and conclusions of a blue-ribbon commission that I convened in 2012 as president of the American Chemical Society to consider this question. The commission developed practical recommendations that can be adopted or adapted by graduate educational institutions, federal and state funding agencies, and business and industry. The proposals include radical changes that will advance graduate education and more effectively engage the nation’s vast educational, industrial, and government resources in order to successfully prepare students for their individual careers and to meet global human needs over the next 50 years.

Short Bio: Professor Shakhashiri attended Boston University, and then earned a Ph.D. in chemistry at the University of Maryland. He served as Assistant Director of the National Science Foundation for Science and Engineering Education from 1984 to 1990. In that position he was credited widely with revitalizing science education programs at NSF. He was elected President-Elect of the American Chemical Society in 2011 and became President in January 2012 Professor Shakhashiri has spent most of his career celebrating the fun of science and giving public demonstrations at schools, fairs and on television. His SCIENCE IS FUN! Presentations at shopping malls, schools, and colleges have reached tens of thousands of students, their teachers, and parents throughout Wisconsin. In 1996-97 Dr. Shakhashiri chaired two working groups which reviewed the Wisconsin Science and Math Standards. Dr. Shakhashiri has given about 1000 invited lectures and presentations around the world. He has published several books of chemistry demonstrations, including Manual for Laboratory Investigations in General Chemistry; Workbook for General Chemistry; and Chemical Demonstrations: A Handbook for Teachers of Chemistry, Volumes 1, 2, 3, 4 and 5. His books, television broadcasts, and website have provided the source material for presentations given by hundreds of teachers during National Chemistry Week, as well as regular demonstrations by many teachers throughout the year. Suggested Links SCIENCE IS FUN   http://www.scifun.org/ https://www.facebook.com Follow us on Twitter http://www.youtube.com/user/wislscifun?feature=results_main Once Upon a Christmas Cheery, In the Lab of Shakhashiri  2012 American Chemical Society Presidential Initiatives