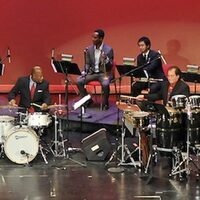 Northeastern Center for the Arts

You're not going yet!

Register
This event content is powered by the Localist Community Event Platform.