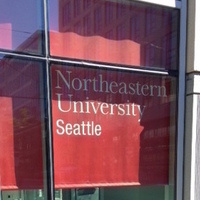 Northeastern's fall term has two start dates!
For students joining the Seattle Campus - in both online or on-ground programs - join one of our two orientations to learn about campus and university resources!

Semester-based programs begin Wednesday, September 6, 2017 and orientation will be held on September 5th.

Quarter-based programs begin Monday, September 18, 2017 and orientation will be held on Saturday September 16, 2017.

The Seattle Campus offers master's and doctorate programs from seven of Northeastern's colleges and schools:

Students should check their email inbox for program specific orientation details.  Generally, sessions will be throghout the day of September 5, 2017

- Global Pathways students arrive at 10:00 am

If you have any questions about Orientation, please contact Director of Student Affairs Gina Copping at g.copping@neu.edu.