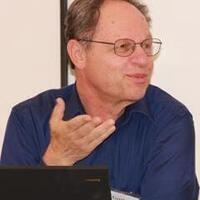 This year marks the 50th anniversary of the 1967 war, during which Israel conquered the West Bank. Professor Shafir’s talk will address two key questions about Israel’s continuing control of the West Bank: “Is the presence of Israel’s military and settlers an occupation?” and “Is the Israeli settlement enterprise reversible?”

GERSHON SHAFIR is Distinguished Professor in the Department of Sociology at the University of California, San Diego. He has served as President of the Association for Israel Studies, and is the author or editor of ten books. His latest book is A Half Century of Occupation: Israel, Palestine and the World’s Most Intractable Conflict.

The Middle East Center, the Humanities Center and the Jewish Studies Program