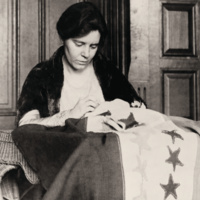 Film Screening and Discussion: The Vote

This event will be live-streamed via Zoom.

Northeastern University's School of Law and College of Social Science and Humanities
and the WGBH/The American Experience
invite you to a film screening and discussion around The Vote, a four-part documentary series, slated to air nationally on PBS this Summer 2020 in conjunction with the centennial of the passage of the 19th Amendment — giving women the right to vote. This event is presented in partnership with Northeastern Law’s Women in the Law program and Northeastern University's Women who Empower initiative.

One hundred years after the passage of the 19th Amendment, The Vote tells the dramatic culmination story of the hard-fought campaign waged by American women for the right to vote, a transformative cultural and political movement that resulted in the largest expansion of voting rights in U.S. history.