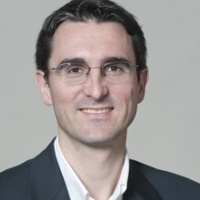 ~~Abstract: This seminar will present our recent progress in understanding the plasticity, fracture and thermal transport behavior of bulk materials and nanowires strengthened by nanoscale twins using massively-parallel atomistic simulations and state-of-the-art nanomechanical experiments. The ability of twin boundaries (TBs) in strengthening and maintaining ductility has been well documented; yet most understanding of the origin of these properties relies on perfect-interface assumptions. We will show that as-grown TBs in nanotwinned Cu and Ag-Cu alloys are inherently defective with kink-like steps and curvature, and that these imperfections play a key role in plastic deformation mechanisms. Furthermore, a new type of size effect is observed in the fracture of ultra-thin Au nanowires associated with a ductile-to-brittle transition as the twin size decreases to the angstrom-scale that leads to tensile strengths near the maximum theoretical limit. Also, the fundamental role played by the number, size and orientation of twins in nanoscale heat conduction was investigated. Thermal conductivity calculations in model silicon materials containing nano-twins oriented either perpendicular or parallel to the transport direction reveal an unusual twin-size dependence with a change from interface phonon scattering to homogeneous heat conduction resulting from the intrinsic contribution of the hexagonal TB structure. These important results suggest new avenues for designing common crystalline materials with coherent interfaces at atomic scale for high-performance structural and energy conversion applications.