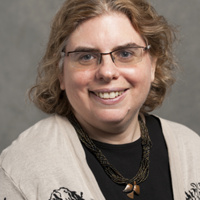 Title: Community Detection in Biological Networks: Lessons from the DREAM 2016 Module Identification ChallengeSpeaker: Lenore J. CowenDate: Tuesday, November 27Location: 166 West Village HTime: 2:00PMAbstract The 2016 DREAM Disease Module Identification Challenge was developed to systematically assess the state of computational module identification methods on a diverse collection of molecular networks. Six different anonymized networks were presented with the gene names anonymized. The goal was to partition the genes into non-overlapping modules of from 3-100 genes each, based solely on the patterns of network connectivity. Collections of modules were scored based on the number of modules that were statistically significantly enriched for a set of trait or disease-related phenotypes, according to a set of previously published GWAS datasets. For the first subchallenge, gene names were anonymized separately for each network and it asked for modules in each of the six networks considered separately; the second subchallenge used the same identifier across networks and asked for one collection of modules integrating information together from all six networks.About the SpeakerLenore J. Cowen is a Professor in the Computer Science Department at Tufts University. She also has a courtesy appointment in the Tufts Mathematics Department. She received a BA in Mathematics from Yale and a Ph.D. in Mathematics from MIT. After finishing her Ph.D. in 1993, she was an NSF Postdoctoral Fellow and then joined the faculty of the Mathematical Sciences Department (now the Applied Mathematics and Statistics department) at Johns Hopkins University where she was promoted to the rank of Associate Professor in 2000. Lured by the Boston area, and the prospect of making an impact in a growing young department, she joined Tufts in September, 2001. Dr. Cowen has been named an ONR Young Investigator and a fellow of the Radcliffe Institute for Advanced Study. Her research interests span three areas: Discrete Mathematics (since high school), Algorithms (since 1991 in graduate school) and most recently Computational Molecular Biology, where she focuses on predicting protein function from structural and biological network information. She led a team that won the DREAM Disease Module Identification challenge in 2016.